An exhibition of my work will be held in the gallery at Super Superficial, Covent Garden.

Here's what DesignWeek.co.uk had to say.. 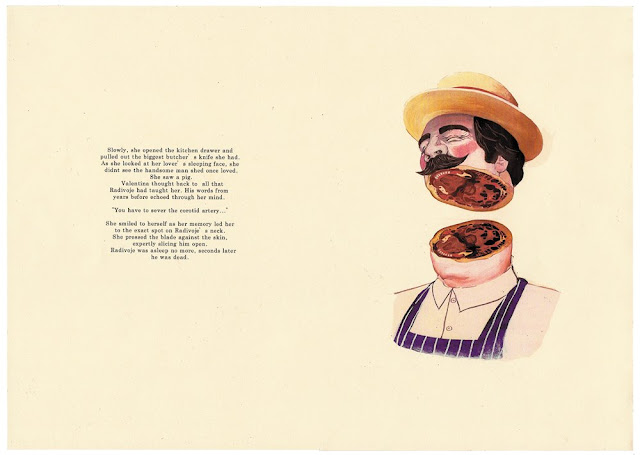 Super Superficial collaborates with artists and designers on a shared-profit basis to produce limited-edition clothes.
Super Superficial’s David Kay says, ‘When we opened the store we always had the idea of putting a gallery in the basement.’
Kay says the gallery design and show curating will be by Super Superficial, and the first show will be I Married a Toyboy Convict, by Louise Zergaeng Pomeroy, who recently won the D&AD Best New Blood Award.
The show draws inspiration from real-life stories published in weekly women’s magazines.
Kay says the gallery will host shows from a mixture of up-and-coming and more established illustrators, with exhibitions from Hannah Melin and Matt Johnstone already planned."


Posted by Louise Zergaeng Pomeroy at 06:03

Take My Breath Away 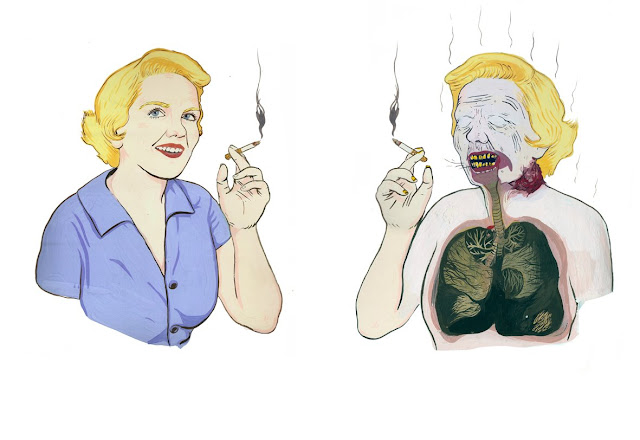 Image for an anti-smoking campaign I've been commissioned for.
Posted by Louise Zergaeng Pomeroy at 14:34

Louise Zergaeng Pomeroy
Louise is an illustrator based in London. After graduating from Kingston University, Louise went on to win a D&AD New Blood award for her book of illustrated shorts 'I Married a Toyboy Convict'. Recent clients include Random House, No Brow, Super Superficial and Suzuki Motoden. Contacts: louise.pomeroy@googlemail.com (preffered email adress) All work Copyright of LOUISE ZERGAENG POMEROY