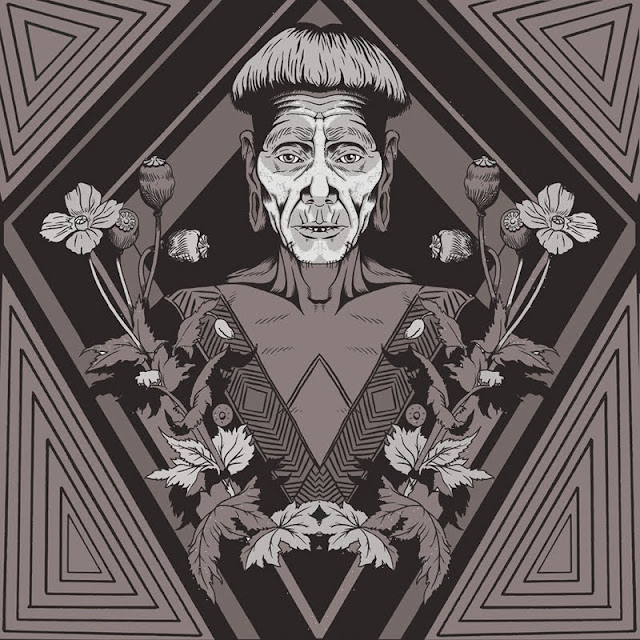 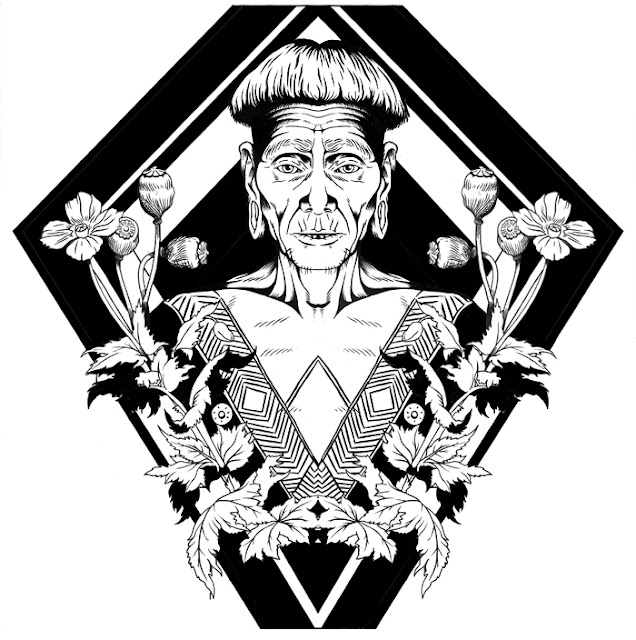 I was recently asked to produce an illustration almost as tall as me for Converse.
The idea was to create a piece in one of the colours of their new range of shoe. Mine was a warm grey and various hues of this. The image didn't need to be of or about Converse, it was totally open which was great. I chose to base mine on the Konyak Headhunters of North East India.

"Headhunting is the practice of taking a person's head after killing them. It was common up to the 20th century and may still be practised in isolated Naga tribes of Burma. Many of the Naga warriors still bear the marks (tattoos and others) of a successful headhunt."

I was lucky enough to have access to some great photos of the tribesman by my friend Christo Geoghegan for this. 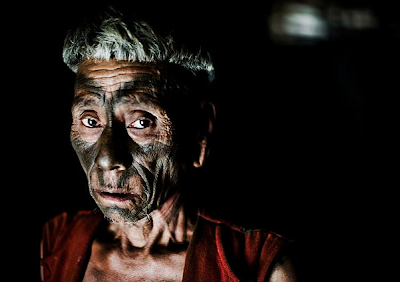 Posted by Louise Zergaeng Pomeroy at 04:43

Louise Zergaeng Pomeroy
Louise is an illustrator based in London. After graduating from Kingston University, Louise went on to win a D&AD New Blood award for her book of illustrated shorts 'I Married a Toyboy Convict'. Recent clients include Random House, No Brow, Super Superficial and Suzuki Motoden. Contacts: louise.pomeroy@googlemail.com (preffered email adress) All work Copyright of LOUISE ZERGAENG POMEROY